The members of the EC are not delegates of their respective countries. All details about the election process can be found in the statutes of the EFMC.

Previous composition of the EC can be found here 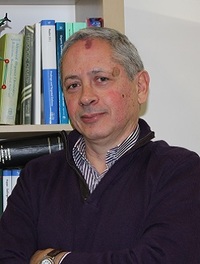 Rui Moreira completed his Master degree at the Faculty of Pharmacy, University of Lisbon, and obtained his PhD under supervision of Professors Eduarda Rosa (University of Lisbon) and Jim Iley (The Open University). After a postdoctoral stay in the UK, Rui started his career as an independent scientist in Lisbon in 1993 and was promoted to Professor of Medicinal Chemistry in 2006, becoming Head of Department in 2010-2016, and Director of the Research Institute for Medicines (iMed.ULisboa) in 2010-2013.

Rui has wide research interests in the fields of Medicinal and Physical Organic Chemistry, covering the development of anti-infectious and anticancer agents, prodrug chemistry, structure-reactivity-metabolism relationships, design of covalent inhibitors, and design of chemical probes for activity- and photoaffinity-based protein profiling. He has published over 160 papers (Researcher ID G-7485-2011 and ORCID ID 0000-0003-0727-9852) and supervised/co-supervised more than 20 PhD students.

Rui was co-founder of the Medicinal Chemistry Division of the Portuguese Chemical Society, and as served EFMC as Council member in 2008-2015 and as Executive Committee member since 2015. He is the current EFMC President. 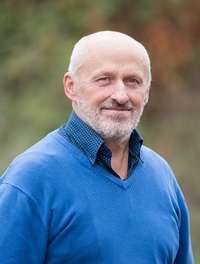 Dr Van Hijfte holds a PhD degree in Chemistry from Gent University (1984, Belgium) with Prof M Vandewalle, and finalized his academic training by a two-year post-doctoral stay at UCSB with Prof RD Little. He started his industrial career as a medicinal chemist at Merrell Dow in 1986 in Strasbourg, France, where he progressed to head of the medicinal chemistry by the time the site had become part of Sanofi in 1998. In 2002 he moved to Janssen, J&J, first as Research Director of their R&D site in Val de Reuil, France, before taking on the role of Senior Director, Head of Medicinal Chemistry EU, at Janssen Research & Development, with responsibility for European-based medicinal chemistry, analytical technologies, and ADMET.

During this tenure, Luc was privileged to contribute to several successful projects, with numerous programs entering into clinical development in the areas of neurosciences, oncology, and infectious diseases. In 2012 Dr Van Hijfte became CSO of NovAliX, Illkirch, France, before moving in 2017 to his actual position of Senior Director, Head of Drug Discovery at Symeres, where he oversees all activities related to integrated drug discovery activities for clients worldwide. In parallel, he has been involved in a few start-ups, the principal one being Phytodia since 2015, a Strasbourg based company valorizing scientifically plant extracts for cosmetics and nutraceutics, where he occupies the position of President.

Dr Van Hijfte has been the president of the TechnoPole Chimie-Biologie-Sante in 2004-2012, Vice-President of the French Medicinal Chemistry Society (SCT) in 2015-16, President of the SCT 2017-18, and is currently member of the Executive Committee of the EFMC as president elect. In 2018, he has been elected and named member of the “Académie Nationale de Pharmacie” in France, for his multiple contributions to pharmaceutical developments. 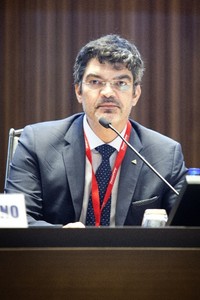 Gianluca Sbardella graduated in Pharmaceutical Chemistry and Technology at the University of Rome ''La Sapienza'' (Italy) in 1993 and received his Ph.D. from the same University in 1997. In 2001 he joined the Department of Pharmacy of the University of Salerno, where since 2016 he is Full Professor in Medicinal Chemistry.

He is Author of over 110 papers on high-impact international MedChem journals, 3 book chapters, 3 patents (PCT) and over 120 communications in international congresses, comprising 30 invited lectures.

He is Vice Rector for International Relations, Coordinator of the PhD program in Drug Discovery and Development, and member of the Intellectual Property and Technology Transfer Commission of the University of Salerno.

From May 2017 he is the National Representative for Italy in the Innovative Medicine Initiative (IMI). 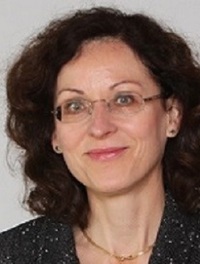 Prof. Müller is Editor-in-Chief for ACS Pharmacology & Translational Science (American Chemical Society) and a member of several Scientific and Editorial Boards. She has published nearly 500 scientific papers and received a number of awards for her work including the Nauta Award for Medicinal Chemistry and Chemical Biology of the EFMC.

Her main interest is in medicinal chemistry and molecular pharmacology of purine binding membrane proteins (adenosine receptors, P2 purine receptors, adenine receptors and ecto-nucleotidases) as well as lipid-activated and orphan G protein-coupled receptors. Recently she has embarked on the development of coronavirus inhibitors.