The EFMC is pleased to announce the 2022 call for nominations for the title of "Honorary Fellows".

This life-long title and associated medal aim to recognize the individuals who have provided outstanding support to the EFMC and contributed in strengthening the position of medicinal chemistry, chemical biology or related fields in Europe.

Nominations can be submitted until January 31, 2022, and should include:

Self-nominations are not accepted. There are no age restrictions, and nominees may have an academic or industrial background. Nominees should be European resident or have spent a considerable proportion of their career in Europe.

The award ceremony will take place during the opening of the XXVII EFMC International Symposium on Medicinal Chemistry (EFMC-ISMC 2022), scheduled to take place in Nice, France on September 4-8, 2022. Appointed Honorary Fellows will be invited to attend the meeting and receive their recognition on stage.

Awardees will be announced in the course of Spring 2022. 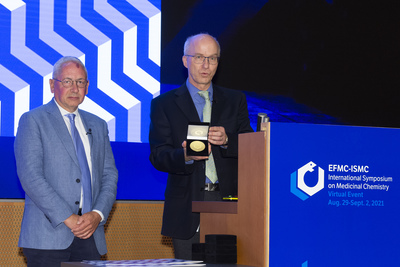 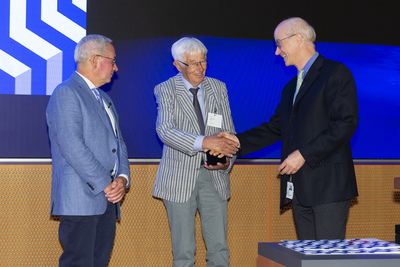 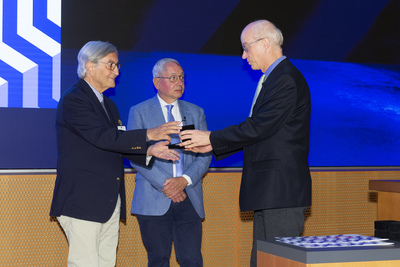 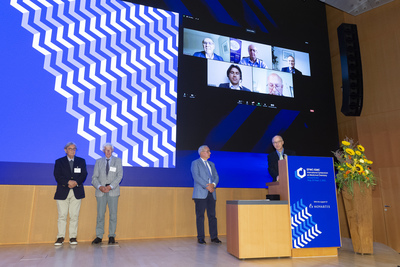 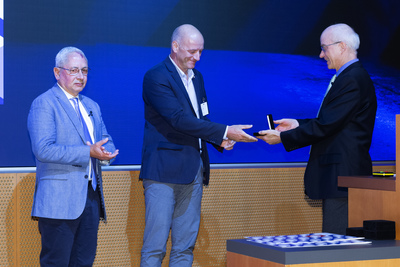 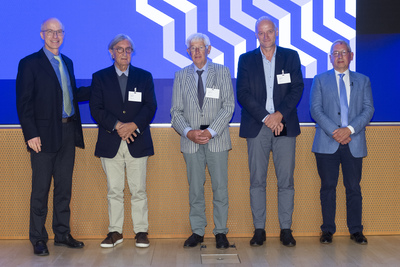 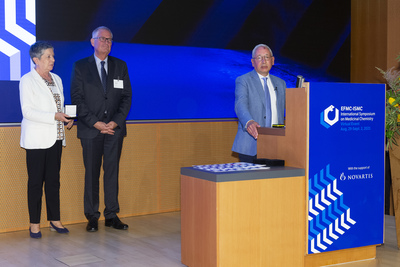 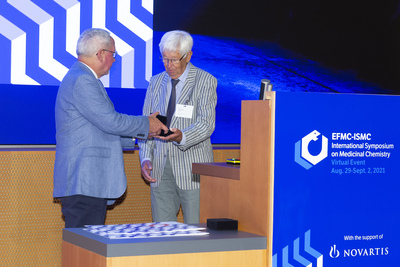 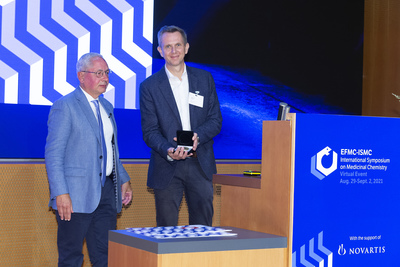 Due to the coronavirus pandemic, the official ceremonies for both the 2020 and 2021 edition of the EFMC Honorary Fellows took place during the XXVI EFMC International Symposium on Medicinal Chemistry (EFMC-ISMC 2021), held on August 29-September 2, 2021 in an hybrid format: virtually and from the Novartis Campus in Basel, Switzerland.

The EFMC Honorary Fellows ceremony was an important moment to take time to recognise the people who have forged EFMC, who have developed it, who have kept our community moving regarding how we are organised, how we communicate, how medicinal chemistry and chemical biology are encouraged and come together.

These awardees have dedicated many years of efforts to support our community at large, and this recognition is only a small token of the way we perceive and appreciate their contribution. We would like to name the following EFMC members as Honorary Fellows:

The EFMC is pleased to announce the recipients of the 2021 call for nominations for the title of Honorary Fellows.

EFMC Honorary Fellow is a life-long title aiming to recognize the individuals who have provided outstanding support to the EFMC and contributed in strengthening the position of medicinal chemistry, chemical biology or related fields in Europe.

Congratulations and thanks to:

In addition, the committee decided to consider for posthumous recognition:

The EFMC wishes to recognise the immense contribution of those who have contributed to strengthening the position of medicinal chemistry in Europe, through a major contribution to the service of the EFMC.

The first recipients have created and nurtured the mission and vision of EFMC during its first 50 years. All are former Presidents but have been contributors beyond expectations, and remain active supporters of EFMC. Congratulations and thanks to:

A central figure of EFMC, who has been instrumental to the Federation from its very beginning. Prof. Timmermann has been active in supporting the EFMC for more than 50 years and is still today an advisor to EFMC, attending all meetings and events, and continuing to be the active memory of EFMC.

Who played an important role in expanding the scope of EFMC and reinforcing its imprint across Europe.

Who played a critical role in modernising the EFMC, and changing its structure to adapt it to current challenges.

Who continued supporting the modernisation of EFMC, and implemented the first official EFMC journal.

Who played an important role in generating new ideas for EFMC. He was the driving force behind the first EFMC workshop, after which many of the activities that shaped the community over the last decade were initiated.

His 11 years commitment to EFMC as Executive Committee member, Secretary and President thoroughly contributed to shape the EFMC.

Who played an important role in initiating the Young Medicinal Chemist’s Symposium (EFMC-YMCS) series, which has with evolved with time and now plays a key role in bringing the young generation of scientists together.